I have a question in regards to the windows player. every 7 days the windows player stops working and goes to a blank screen. I have to manually restart the media box ( windows 10 installed) once it gets rebooted it starts playing for 5 seconds then shows the desktop. I then have to move the mouse to reactivate the xibo player to show again. any help would be appreciated

When you say it stops working - can you be more specific?

Is the application still open or at the desktop? Can you still open the player status screen (press i on the a keyboard)?

Does it still show as connected in the CMS?

5 seconds then shows the desktop. I then have to move the mouse to reactivate the xibo player to show again

You can adjust the cursor start position in the Display Settings on the CMS to something other than bottom right to fix this bit.

the player stops working. (items in the playlist doesn’t show on screen and shows a “black screen”. after playing for 7 days. seems to play up to 7 days then quits. application is not in background playing. I have to restart the box to restart the xibo app. yes the device is online (but once I restart the player it plays for 5 seconds and then it disappears… I will need to connect a mouse & wiggle to “wake up” then everything goes back to normal for 7 days.

do you think its the player… not compatible with windows 10. I see you have a player for windows 10. The CMS. I am running Version 1.7.9. CMS ( but I dont know the version of player

1.79 windows player and says status with a check mark 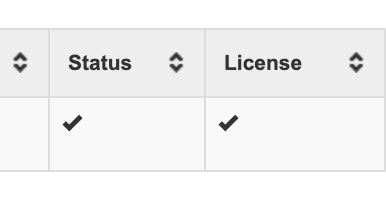 It could be a lot of different things - if its once every 7 days it could be something that runs on that PC once a week, like a virus scanner for example, or a backup, or a windows update.

We have fixed a lot of issues between 1.7.9 (and the 1.7 Player) and where we are now with version 2, and you are right we do have a Windows 10 player in testing at the moment - not quite ready for general release yet though).

The Player you’re using was released 27 Sep 2016 and there have been a lot of improvements since then, so you could certainly try upgrading. You’d need to do the CMS first though, which I guess will need some planning.

here is another question and unfamiliar with the new installs ( docker) never used it. I would like to update all to the latest but docker is out of my realm. is there a “web” installer ( ftp to webserver) for new installs or if there is a intuitive video tutorial that goes step by step on how to install new on a webserver that I can follow

There isn’t a video - we do have some instructions though: https://xibo.org.uk/docs/setup/xibo-on-a-web-server, and various guides: https://community.xibo.org.uk/c/guides

We’ve never recommended installing on any sort of shared hosting - but a VPS or similar, then sure.