Show Layout indefinitely if playlist is empty, show for 10 seconds each time before playlist starts if playlist has content

I tried another layout where I merged both layouts. I display the logo and clock with a spacer of 10 seconds running one level above them. After the spacer runs out, I display the playlist. This works fine so far but it has the annoying “blink” after 10 seconds. 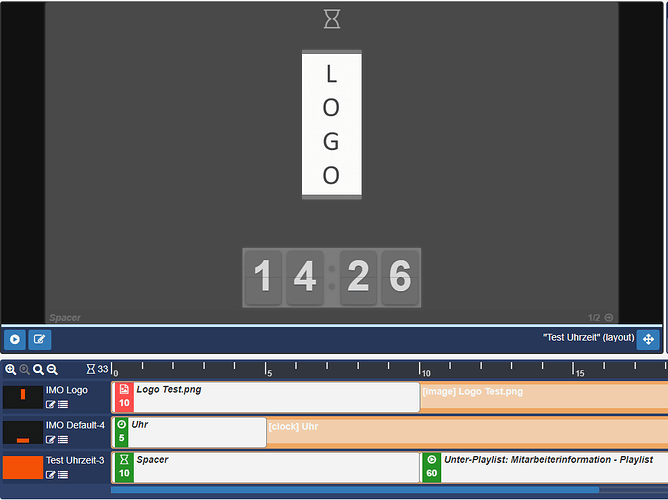 I tried adding another level with a spacer of 1 minute or longer, but the length of the playlist varies depending on how long the PDFs are and how many there are of them. Setting a 1 minute spacer works fine for a 20 second PDF (10 secs clock + 20 secs PDF x2) but a 30 second PDF is cut off in it´s second run.

Any tips for me on how to do this?