Full date in embedded webpage instead of only day

I developed this layout originally for the windows player. But there was a problem in which the text of every widget showed 1-2ms later. And that caused that the text flowed over in every next slide for the same 1-2ms.

I tested the linux player and that player doesn’t have that problem. So i reinstalled the pc’s with Ubuntu 20.04.2.0 LTS configured the machine and player and scheduled the layout. Everything is running perfectly except one thing! I embed a webpage with the weather forecast since the customer loves this layout. On the original windows player this embedded webpage ran perfectly but in the embedded xibo browser (webkitgtk) i believe the day converts to a full date and time somehow.

Obviously i would like the webkitgtk player to show monday, tuesday, wednesday like the windows player did.

I troubleshooted this on Ubuntu in the local firefox browser, and that shows the day and not the full date and time. Is there a way i can fix this ? I also tried setting Administration - Settings - Regional - Date format to “d” instead of “Y-m-d H:i” but that didn’t seem to work.

This is the correct one in firefox on Ubuntu 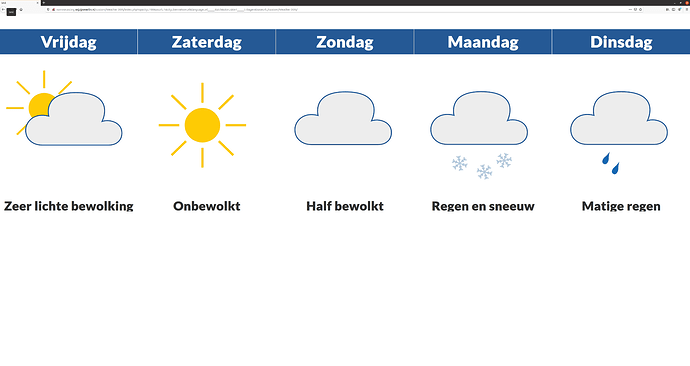 This is the wrong one run embedded in xibo 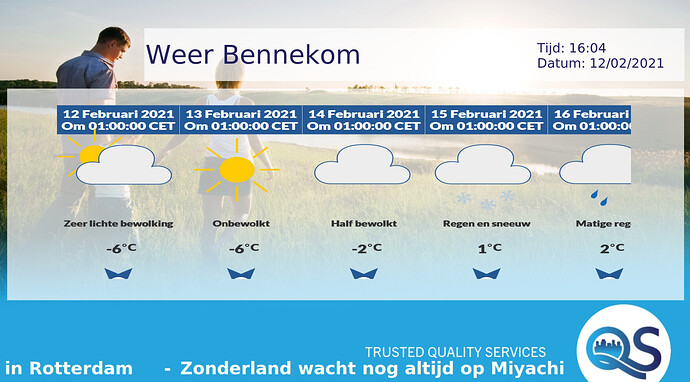